Demonstrating the ability to embed a single Virtual Tour panorama, this cylindrical image shows the view from Dent de Jaman, a 1875m high mountain rising above Montreux, situated north of Rochers de Naye in the Vaud region of Switzerland.

Panorama of Near the Dent de Jaman supplied by Panoramic Earth

Anyone can embed any panorama from Panoramic Earth in a non-commercial website for free. Whole regional tour options are also available, showing a collection of images linked to a map of the area.
Posted by peterwatts at 8:51 AM No comments:

Panoramic Earth welcomes Herman Desmet as one of the latest contributors to our growing collection of virtual tours from around the world. His latest photos can be found on his Contributed Panoramas page. 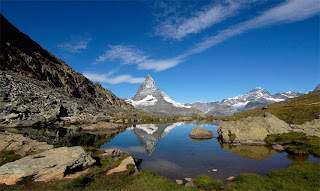 Based in Belgium, he began taking photos about 15 years ago, first as a hobby developing into a real passion and also studied photography at the local art school. Being a keen mountaineer gave him ample opportunity for fantastic landscape and nature photos. However, he has also built up experience with studio and portrait work. His pictures have been published in magazines like National Geographic as well as various newspapers. Some of his work can be found on his website; Herman Demset Photographie, and also on his personal blog. 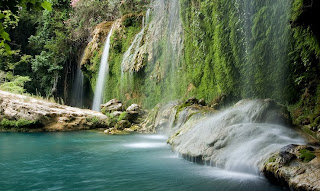 (c) Herman Desmet - all rights reserved - used by permssion
Herman has lately specialized in architecture, real-estate and panorama photography, expanding into 360° panoramas and virtual tours for internet use. He feels that nowadays everybody can make digital photos, but doing a perfect 360°-180°VR panorama is a skill on its own requiring special equipment and lots of practice, patience and knowledge of photography to get the best results. But when you succeed in making a gorgeous digital 360 panorama, it amazes people like they were amazed in the pre-internet era when they saw a huge print of a fantastic picture.

And, for Herman, amazing people is what his photography is all about.
Posted by peterwatts at 1:51 AM No comments:

Our team has just spent 3 days walking the stands at the World Travel Market 2010 in the Exel centre in London. Over that time we managed to talk the the tourist boards or marketing folk of almost every country represented about how they could use Panoramic Earth to promote their regions. On the whole the response has ranged from interested to very positive, so hopefully during 2011 we will be announcing a series of partnership arrangements to promote various destinations.

The WTM is massive, with thousands of exhibitors from all sectors of the travel industry. Walking round the stands and networking for 8 hours a day has had a toll, both on legs and voices, but has been very worthwhile, and fascinating to see how the different countries and regions represent themselves at the fair. Naturally, the largest parties seemed to be held on stands from Latin America or the Caribbean.
Posted by peterwatts at 11:46 AM No comments: